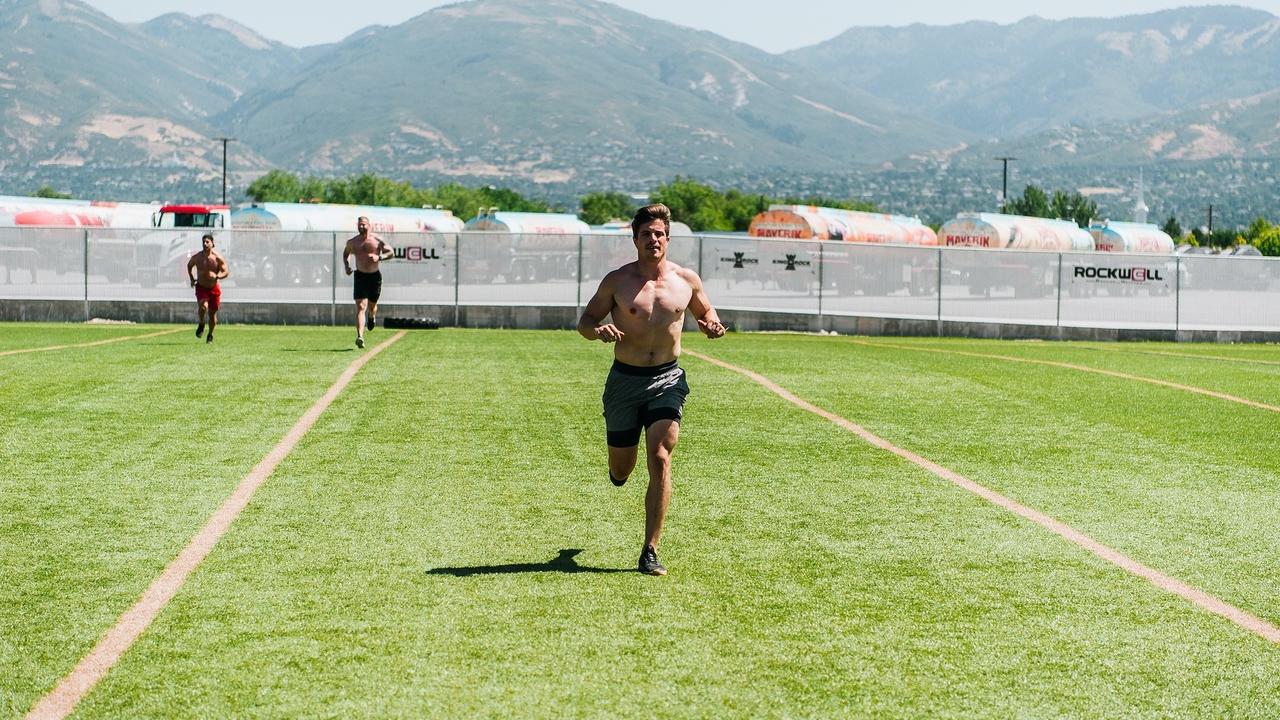 Oxidative training has made its way back around to being everyone’s darling in the fitness industry. It seems like everyone and their mother is doing cardiac capacity blocks. I’ve been hearing a lot of people use real physiology terms to explain what sorts of goals they’re working to achieve, and that makes me incredibly happy. People are looking for capillary density, mitochondrial biogenesis, eccentric cardiac hypertrophy, heart rate recovery capacity through parasympathetic means, improved lactate clearance, etc., etc. There are a few areas where I think our attention will be brought to going forward regarding the optimal development of aerobic capabilities of the organism, and one of those things is myocardial oxygen consumption (MVO2). MVO2 is a measurement of the aerobic activity, specifically at the cardiac muscle tissue. Typically we estimate what the MVO2 is by measuring the rate pressure product (RPP) and inferring that number towards MVO2 scores. Based on this, what we will be talking about in this article is RPP, and how to go after this variable in training.

The RPP is the product of the systolic blood pressure and the heart rate (RPP = SBP x HR). RPP is typically referred to as the work of the heart, but in truth, it is actually a power number, because of the fact that HR is a time-dependent variable. Power is mathematically represented as Force x Distance/Time. With RPP as a power variable, the force is accounted for by the systolic blood pressure, the distance is the ejection of the blood out of the ventricle into the systemic circulation, and the time is one minute (that is the unit of time that HR is measured in). Because time is considered standard, most scientists throw it out in discussion and simply refer to the concept as a work variable.

The key component that distinguishes RPP from other cardiac-related variables is blood pressure. Most aerobic exercise variants that people participate in are rhythmic in nature and minimize the blood pressure response. During activities such as jogging, the autonomic response will be to constrict vessels in the gut via sympathetic output to visceral regions and to open blood vessels in the periphery through the actions of the catecholamines. By dilating peripheral vessels, this combined autonomic effect will actually reduce total peripheral resistance (TPR) and minimize the systolic blood pressure that the heart has to overcome to eject blood to the system. With minimal changes in systolic blood pressure with jogging as the activity, RPP measures will be modest.

When strength training is the activity, the RPP response will be a very different one as compared to jogging. If someone is performing high load, low repetition compound exercise, the skeletal muscle will be contracting forcefully. The high levels of tension taking place in the muscle tissue will mechanically compress the blood vessels perfusing and draining the working tissues. This compression of the blood vessels will prevent blood from flowing, and ultimately create a stopcock like effect in the vasculature that reflects pressure backwards all the way to the heart. The end result of this vascular activity is an immense increase in systolic blood pressure. Typical strength training designs feature large amounts of rest between sets. As a result, the majority of time is not spent with elevated heart rates approaching what would be associated with an aerobic conditioning training session. When examining RPP responses, jogging, and strength training both have limitations for bringing the variable to its highest levels for trainability.

These examples are commonly given when discussing eccentric vs. concentric cardiac hypertrophy, with the runner being the eccentric example. What is often not discussed are the athletes who seem to have the best of both worlds, such as elite cyclists. Cyclists will show cardiac measures bordering on the level of the wrestler for mass and the marathoner for volume. The reason that cyclists have such high measures for both mass and volume is because their heart rates are elevated for extended periods of time and their thigh muscles are constantly pushing against relatively high resistance while peddling through terrain such as mountains, which creates high systolic blood pressure responses. In essence, the cyclist has the best case scenario heart because they are the example of consistently high RPP in training.

With popular sports in North America, such as football, basketball, soccer, lacrosse, and hockey, there is reason to believe that a heart that has been trained to deal with high RPP could be a definite advantage. These sports often deal with athletes using propulsive lower body muscles at high intensities that would lead to contractile behavior that would occlude vessels and reflect significant pressure back to the heart. Football, lacrosse, and hockey, in particular, will also involve physical contact and elements of grappling with opponents that will elevate blood pressure due to the tensile activity of muscles under such conditions.

If we fail to prepare the athlete for such conditions in training, the system will be ill-prepared to deal with these demands in competition. Athletes who are unaccustomed to high RPP situations will probably demonstrate high levels of anxiety under those conditions. The most difficult physiological activity the heart has to perform is isovolumic contraction. When you put people into experiences where they are performing powerful cardiac isovolumic contractions at a high heart rate they tend to go into terrible psychological situations leading to a meltdown.

“When the mind is strongly excited, we might expect that it would instantly affect in a direct manner the heart; and this is universally acknowledged…when the heart is affected it reacts on the brain; and the state of the brain again reacts through the pneuma-gastric (vagus) nerve on the heart; so that under any excitement there will be much mutual action and reaction between these, the two most important organs of the body.” This is a quote from Charles Darwin in his book, “Emotions in Man and Animals”, written in 1872.

Steven Porges takes this notion much further in his book, “The Polyvagal Theory” and also explains how the muscles of facial expression play their own role in HR responses and emotional experience. My contention is that sport involves components of extreme exertion that lead to high RPP values. When the work of the heart reaches incredibly high levels, the psychology of the athlete begins to go haywire, and the athlete will display facial expressions demonstrating extreme discomfort and loss of feelings of control. These are the moments where disastrous plays occur in the most important competitions. If the athlete has lots of experience with physical training in high RPP conditions, and has trained their mind to not overreact to the feelings associated with this state, they may be able to maintain their composure during contests where they enter this physiological state.

There are several approaches to creating training conditions that feature high RPP settings. High-intensity continuous training is a great modality for eliciting high RPP aerobic settings. Step-ups with a weighted vest certainly elevate blood pressure and place the athlete into aerobic HR zones for extended times, as does high incline treadmill walking with a weight vest. The other modality that I view as a tremendous avenue into this sphere of training is circuit resistance training.

My personal favorite circuit for driving high RPP levels with resistance training is the 30/30 circuit. This circuit is well known to anyone who has purchased my book, MASS, because it is Phase 1 of the overall program. The 30/30 is a brutal workout that takes exactly 31 minutes to complete. You choose 10 exercises, and you complete 3 rounds of 15 repetitions at each exercise using 30-second work and 30-second rest ratios. The goal is to complete 450 total reps with the highest combined load between all the exercises. I’m going to list out my personal favorite 10 exercise combo as well as the heaviest weights I’ve ever been able to complete all 450 reps with.

I’ve also been fortunate enough to be able to track my HR during this protocol many times, and it usually averages somewhere around 145 beats per minute (BPM) for the 31 minutes, with a peak HR of about 165 BPM towards the end. The protocol will take you to some very interesting mental places, but the specific repetition goal and satisfaction of completing it at the end makes it incredibly motivating and fun compared to most other methods of training.

I believe there is an incredibly dopaminergic component to this design, as many get addicted to this method of training and feel like regular training just doesn’t do it for them after this approach. This protocol seems to improve a host of variables in those who have engaged in it, including strength, muscular endurance, and aerobic performance. In my mind, the main reason is because it is training the work of the heart and improving myocardial oxygen consumption. This is probably a variable that many people have ignored and not trained, either because they were unaware of it/that it was important, or because it is an absolutely miserable variable to train. Without further ado, here is my personal best 30/30 with my favorite combination of exercises.

Training with high RPP values year-round is probably not ideal for most athletes, because it is a very stressful approach. Systematically placing training that drives RPP into the athlete’s system can work very successfully as a peaking approach prior to important competitions (so long as the athlete is already familiarized with this approach). This approach may also be extremely valuable for modifying body composition in athletes, where you’re looking to decrease body fat while preserving or increasing lean body mass due to the likely dramatic hormonal responses to such work. As with most programming concepts, you need to try things out, think critically about the specifics of the circumstances of the athletes that you are coaching, and do your best to individualize and customize. It is my belief most people will see dramatic improvements in fitness rapidly with high RPP training, because it is likely a novel stimulus, primarily because it is so miserable that few have willingly put themselves through it.

ABOUT THE AUTHOR:  PAT DAVIDSON 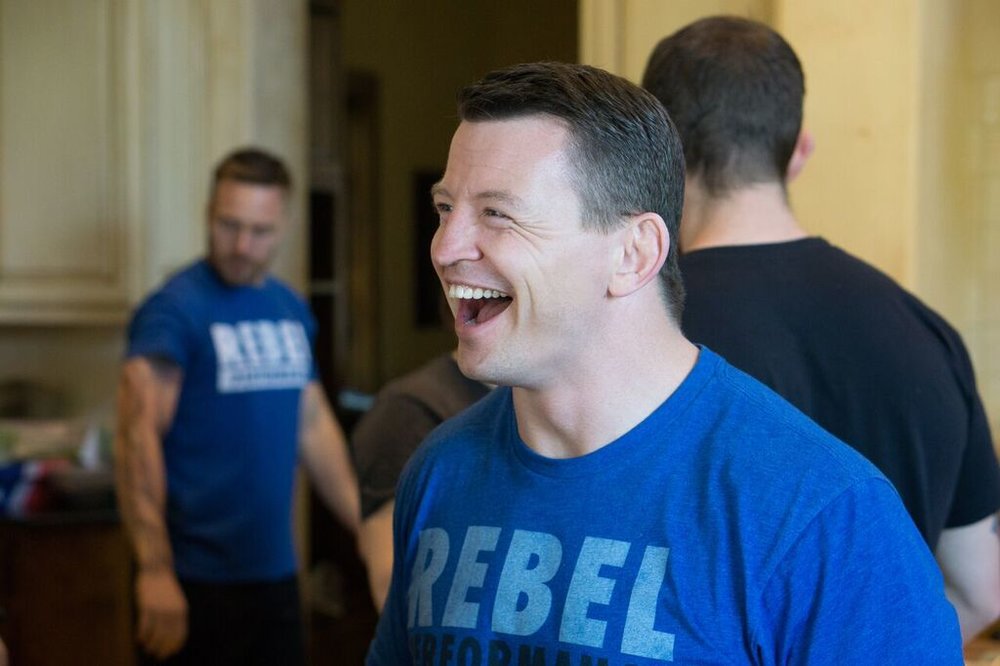